The West Coast Trail was originally carved through the forest in 1890 as a telegraph route connecting Cape Beale, which was the first lighthouse on Vancouver Island, to Victoria. Shortly after the Pachena lighthouse was built in 1906 the telegraph line was cleared and turned into a life-saving trail for the victims of shipwrecks that foundered in this area. Over 70 ships have sunk, and countless souls have lost their lives in this area of the coast known as the Graveyard of the Pacific.

The west coast trail is Vancouver Island’s most famous hike and is consistently rated as one of the top 10 hikes in North America. The West Coast Trail Unit was formally established as a component of the Pacific Rim National Park in 1993. This 25,640-hectare strip of the Pacific Rim encompasses the section of the coast southeast of Barkley Sound, between the villages of Bamfield and Port Renfrew. The challenging 77km trail winds its way along the shoreline from Bamfield to Port Renfrew and usually requires 5-7 days to do.

Thousands of websites will provide hikers with all of the information that they need to prepare for this trip, and this little blurb, can’t do it justice. 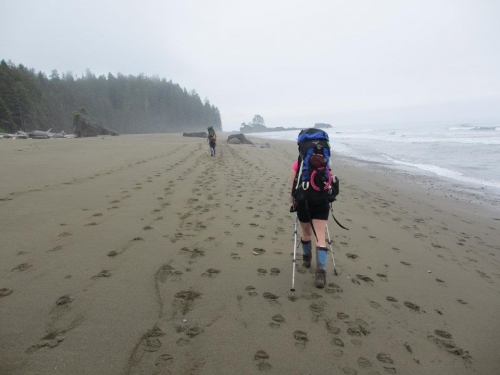